My apologies for the quality of these photos. This was before digital cameras really came into their own and we mostly used your drug store disposables.

Left to right: Jerry from Chicago, and us Clevelanders: Tony Jones, Barry Edwards (me) and Dan Drees.

The Royal Palace in Madrid, Spain.

Our first hostel in Madrid, Spain.

Barry Edwards soaking up some much needed sun on a cool November afternoon at the Plaza de Mayor. 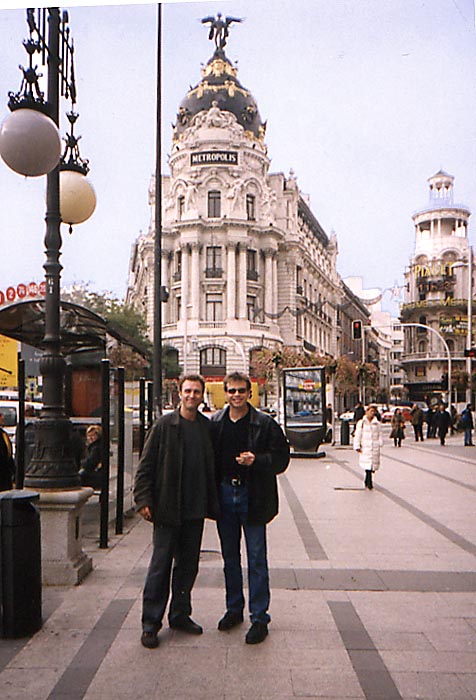 Barry Edwards and Dan Drees in front of the Metropolis in Madrid, Spain 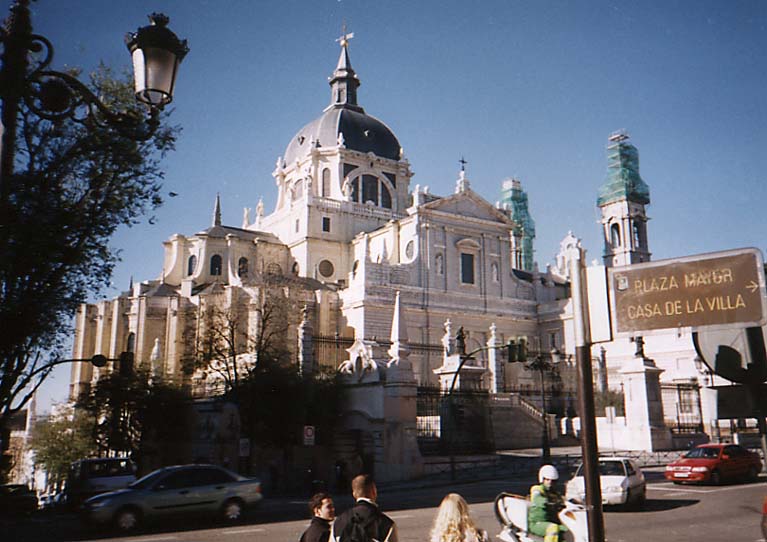 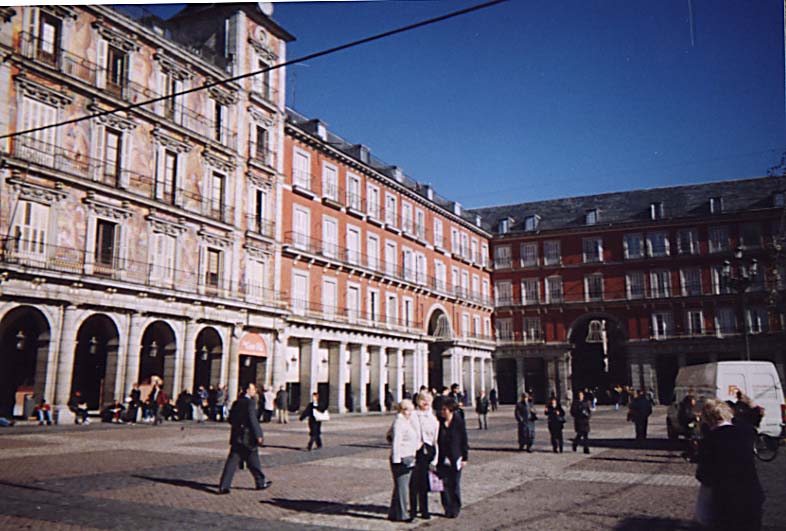 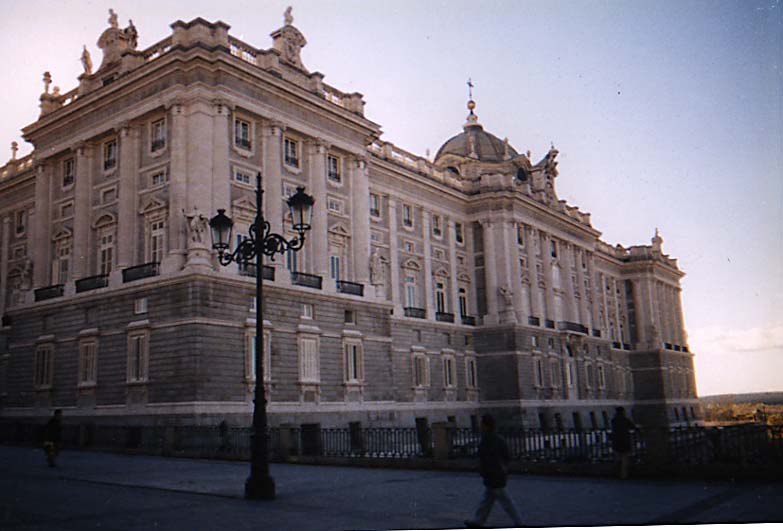 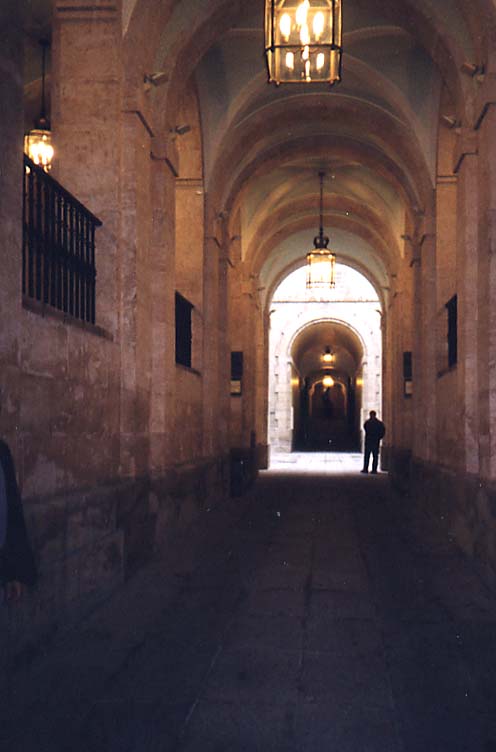 An art museum in Barcelona, Spain 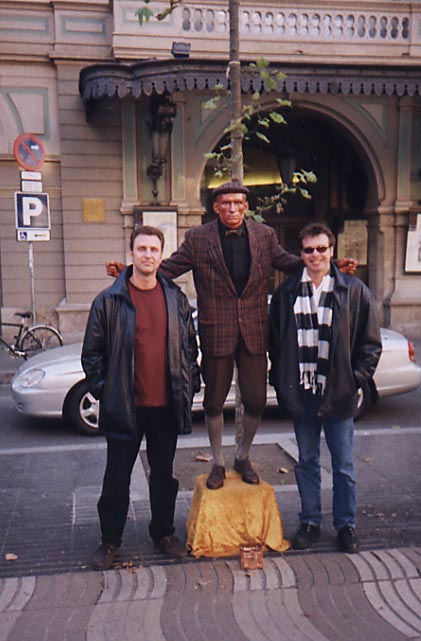 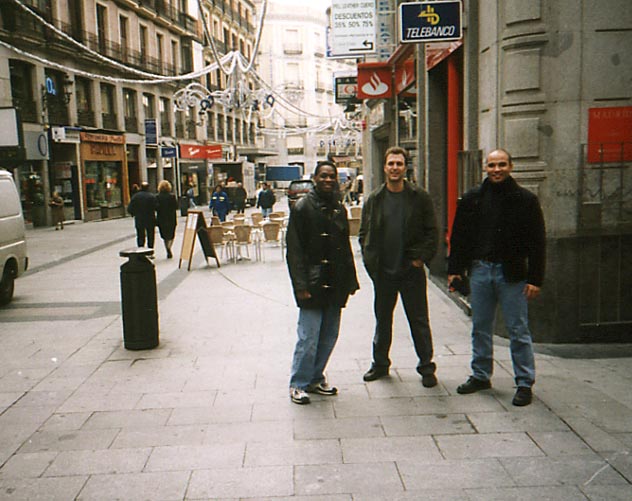 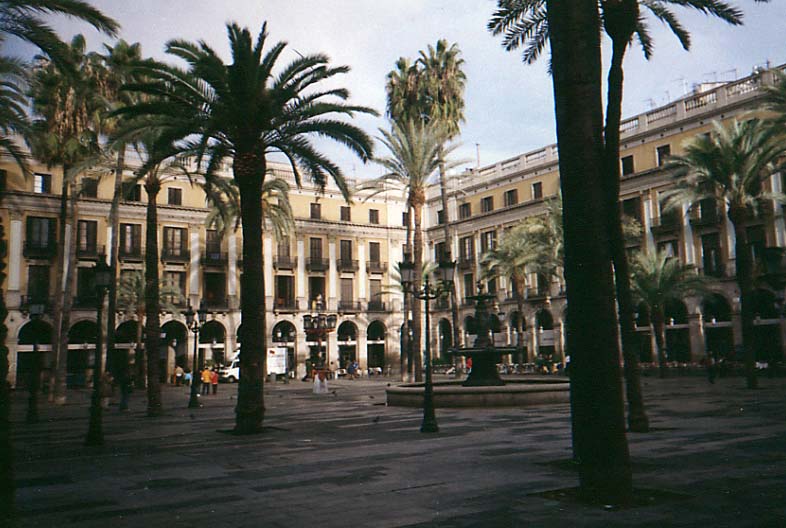