Technology changed everything… and that doesn’t have to be a bad thing!

I got a job right out of college at a small design agency in 1990. I’d never used a computer for anything other than playing Space Invaders to this point. But, I saw that ominous little Macintosh on the far side of the office that everyone was afraid of, and I knew that if I learned how to use it, I’d make myself much more valuable in my field. So, I took the manuals home and read them most every night. I also found a family friend that helped me at the school where he taught marketing.

I quickly began doing my design work on the Ominous Little Macintosh. Then, I started teaching my co-workers how to use it. Within about a year I became art director. The next year I was promoted to creative director of this small agency.

In 1995, the same year I left the agency and went on my own, I was asked to teach a class on Aldus FreeHand (later bought by Adobe) at Lakeland Community College. I also taught a 3D course and then Photoshop. This led to an 18-year career teaching Photoshop part time while running my own graphic design business. I was reviewed twice/semester and the consensus was that:

A. My passion for what I do shows through.
B. I make complicated stuff easy and empower the student.

Not bad for a guy that began college as a Fine Arts major and never touched a computer before graduating!

Technology should propel us, not paralyze us

I’d never thought of myself as a technical person. In fact, after failing Introductory math my freshman year in college, I found that I could dodge all other math courses by taking five philosophy courses… in which I excelled.

But, I nonetheless found graphic design in the pre-computer era to be absolutely confining due to limitations in print production techniques (or lack thereof). With the (sorta) easy-to-use Macintosh, the production barriers were crushed! I found an invaluable tool that allowed me to differentiate myself with my talent and hard work. 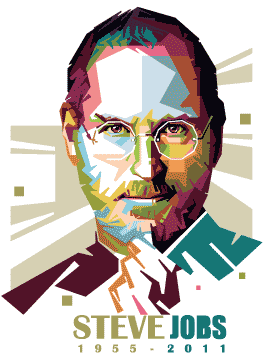 Every PC user and non-Apple Smart Phone and tablet user should pay homage to Steve Jobs for taking technology out of the hands of engineers and putting it in the hands of people like you and me. Say what you will about him, but he pioneered the philosophy of “technology for dummies”.

We can now use technology to follow our passions, rather than needing to make a career out of using technology. And that is the way I taught Photoshop all of those years, and that’s my mantra for Over 50 Starting Over. 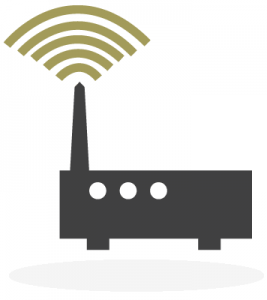 Though my primary business consisted of creating logos, magazine ads, brochures, annual reports and such, I created my first website in 1996 in Adobe CyberStudio. Website design slowly began taking over my pie chart each year. Back then websites were simply online brochures and if you knew how to develop good marketing copy and graphics for a brochure, with a little (or lot) of learning, one could make the leap online.

But the more serious corporate websites needed to be done by companies with true computer geeks at their disposal. The internet was the Wild West and emerging tech companies were battling to stake their claim. In the early 2000s, people were still figuring out how best practices for making money online.

And then… the Great Recession!

The Great Recession. Yet another cycle of downsizing and getting LEAN! It demanded that everyone look to technology as a better way of doing EVERYTHING.

Virtually overnight, I transformed my company into predominantly website development.

Once again, I found new technology as a means to deliver my design and branding skills. But, it kept moving along like a runaway train.

In 2007 I landed a client that had me develop some e-commerce sites for him – that was my inauguration into basic online marketing. Graphic design and branding were still my passion, but now SEO (Search Engine Optimization), content marketing and social media marketing were becoming more and more important.

By about 2009 WordPress began emerging as something of the “Apple” of website frameworks. Of course, I took to it pretty quickly. It enabled me to incorporate endless marketing and automation solutions into my websites for the first time. Websites were now dynamic. They were giving and receiving information and we could interact with everyone to push our wares without leaving the office.

We were no longer printing expensive brochures, magazine and newspaper ads. Everything instantly went online as if we were impatiently waiting for the internet to open its doors. By 2010, if you didn’t have a website and social media presence, you were soooo 2009.

Many companies have come out with do-it-yourself websites, or somewhat easy-to-use platforms such as WordPress and Joomla. Other companies offer free or super-low fees to build one of these websites for you in order to hold you hostage for fees thereafter. As a result, the perception is that anyone’s little brother can build you a website.

This transformation reminds me of the scramble of many penny-wise, dollar-foolish companies to buy their office managers Macs back in the early 90s. Back then they thought they could fire their ad agencies if they bought their office manager a Mac to create their sales materials.

Natural selection weeded most of them out.

While it’s true that nearly anyone CAN build you a website, the fact is that it probably won’t be EFFECTIVE. Simply using bad structure can get you penalized in search engine rankings. On the other hand, with a bit of know-how, you CAN build an EFFECTIVE website yourself… but, it requires an integrated approach with our other online media.

In fact, in the past few years, I’ve found myself offering more marketing, automation and SEO techniques and my design and production skills are now simply my differentiators. And one thing I got very good at is finding GREAT techniques that are EFFICIENT. 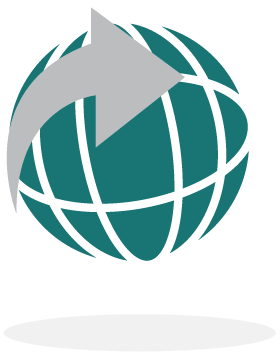 The internet is no longer the Wild West

Time will tell if this proclamation is premature, but I do feel that the internet evolution has slowed down immensely in the past couple years.

The race to the New World is over. The internet is now very, very populated. Social media has validated its presence and, while the players will come and go, the marketing techniques will only need tweaking.

Even SEO has stabilized. Google has won the race to dominate and has perfected algorithms that, for the most part, ensures that the people who work the hardest at establishing a high quality online presence within their niche are rewarded SEO juice accordingly. People that had found ways to cheat the system have paid the price when Google launched new algorithms to penalize them.

Websites, social media, SEO, email campaigns, blogging – how do we sustain all of this?!

My mission with O5O is to clarify the strategy and implementation of generating business online today… and tomorrow.

What I enjoyed most in my career thus far reaches back to my Photoshop instructor days – taking the complex and intimidating and taking the anxiety out of it. Breaking down a project into 5 Easy Steps. Finding the easiest way to get the most done and doing it with as little coding and Geek-Speak as possible.

It’s a fact that today you need more than just a website. But, your website should certainly be viewed as the hub of your online presence, and you should make sure that all roads lead back to it.

My philosophy is to not waste time, money or content. Yes, CONTENT. Like what you’re reading right now… or the video that you just watched on YouTube, or the webinar you attended yesterday. This is the fuel that powers the many engines that we will use – websites, social media, email campaigns and so on.

Building the engine won’t get you across the country. You need a steady supply of fuel for that and putting all this together efficiently is largely what we’ll be discussing.

But, first, we need a purpose for building all this. A passion >>.

Up next: Gregg M: How to find your passion (product or service)

Special requests: Dianna T: SEO & driving more traffic (I haven’t forgotten about this Dianna — just building up to it!)